Our President, Martin Bowden gave us a most interesting and instructive talk on the Post Impressionists who followed the last exhibition of Impressionism in 1886. After that date Impressionism petered out, Renoir and Degas had gone away and generally the movement ran out of steam. 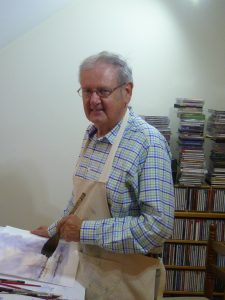 Post Impressionism took it’s place and 4 artists dominated with their ideas of painting, getting into the realms of the imagination, arbitary colours and the painting of ideas. These men were Gauguin, Van Gogh, Seurat and Paul Cezanne. Cezanne was arguably the most influential because he influenced later artists such as Matisse, Braque and Picasso and subtly influenced the start of Cubism.

Martin spoke of Gauguin and his search for the primitive, his bizarre private life and his journey to Tahiti. He discussed Van Gogh and Seurat with interesting anecdotes about their backgrounds. Particularly that of Van Gogh, who it is suggested did not commit suicide as is generally supposed. Apparently many years later one old man hinted that he and his brother had been fooling around with a gun and Van Gogh had been in the firing line. 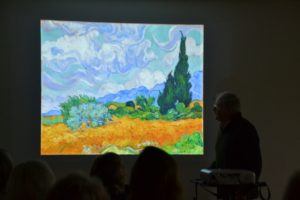 The background of the fourth artist was particularly interesting. Cezanne had a long liaison with a woman who he finally married. He was wealthy which from 1886 allowed him to live in the south of France on his own terms, painting only when and what he wished. Finally Martin showed and discussed examples of his landscapes, still life paintings and portraits. 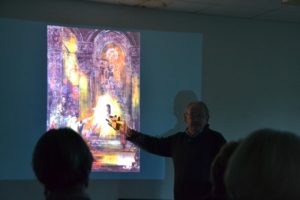 After discussing Van Gogh and before Cezanne he brought us nearer to the twentieth century with a discussion of Edvard Munch, well known for the Scream, and on again to Gustav Moreau whose visionary paintings show an obsession with the macabre and the life of the imagination.